September still had the feel of summer, though with a mix of weather, so recording continued on all the main sites of interest this year - Elmfield, High Elms, Fackenden (White Hill).

Populations were obviously diminishing though and the brimstone that only peaked at 10 individuals during summer was now down to one's and two's on two sites and absent at Elmfield. The large white was in evidence in one's and two's and where the small white had peaked in August at fifteen plus butterflies, by September it was also down to just a few sightings. The common blue was on the end of its season everywhere, equally, the brown argus, that had really excelled was now to one's and two's. The chalk hill blue that had been so profound - estimated 500 butterflies, was at fifteen plus by mid September and only just hanging on in three's and four's by the 28th which was my last visit. The small copper had a good year turning up everywhere in one's and two's, the hoped for second generation of the small blue did not happen, but a late holly blue was on the wing in Bromley Common. By late September we saw the red admiral and the comma still on the wing, the red admiral though hanging on until much later October, November, December, looking confused about hibernating or leaving. We also saw the speckled wood looking good even in late September, but by contrast, very ragged meadow brown butterflies, just about surviving. 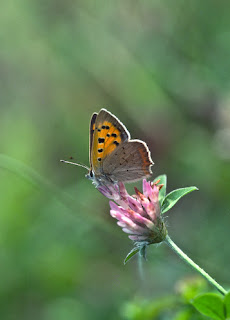 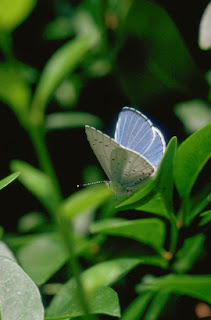 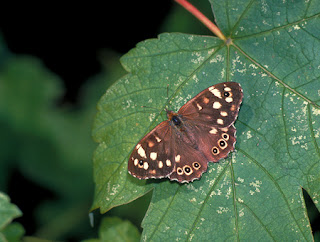 After the personal traumas of late summer and autumn healthwise, I returned to my love of fungi. The previous autumns, 2017-2018 (and since speaking with Geoff Dann about a fungi film project) the woods and forests had been drier than normal and had precluded any significant work on the subject of fungi and foraging. However, since my enforced absence from working in the wild in October, it had rained a lot, excessively, as it happened over the next months, but October itself was just about perfect for fungi and as part of my recovery I took myself to the local woods collecting fungi to photograph. The reason I did this, rather than work in situ with the fungi was purely because of my diminished mobility.

The practical issues of transporting the fungi back to my improvised studio were solved by using doggy poo bags, they were perfect in shape and size and mostly made of recyclable material. The outings into Scraginhall and Hayes Plantation were in one sense an expedient to correct the disorientation I felt at being bed-ridden for a few weeks, it was an outlet and a balm. 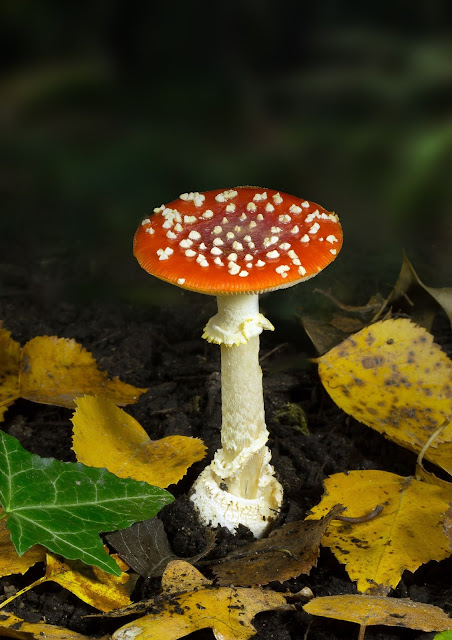 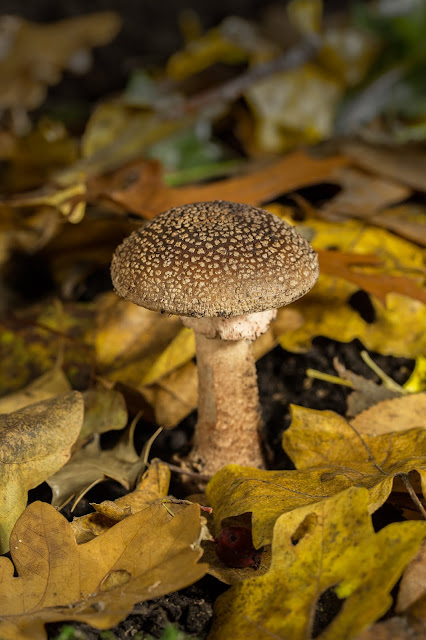 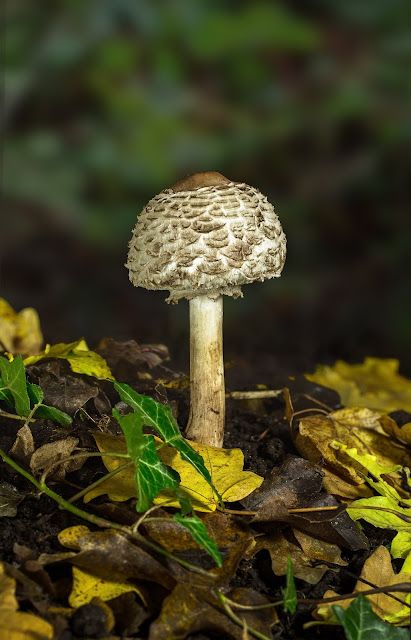 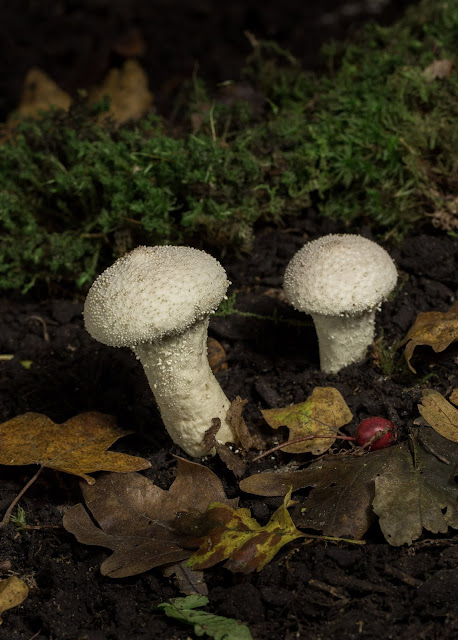 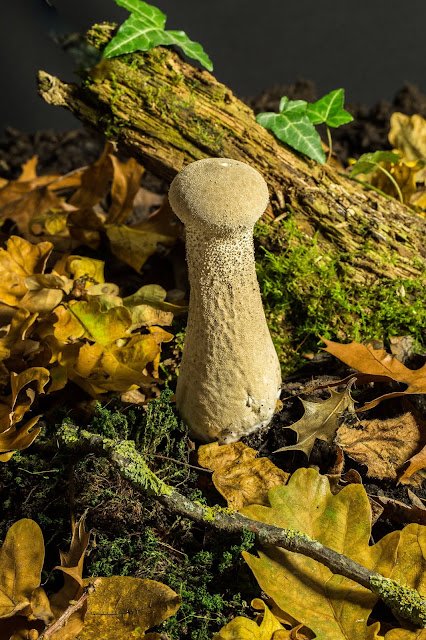 These are all studio shots ©RC

The month started where October left off with regular short distance forays to the woods local to Bromley Common from which a variety of fungi were removed for photography. The weather was wet and warm, ideal for fungi. Towards the end of December coming into the new year and taking into account Christmas Day, clearance in the large oak clearing started with a vengeance and continues... 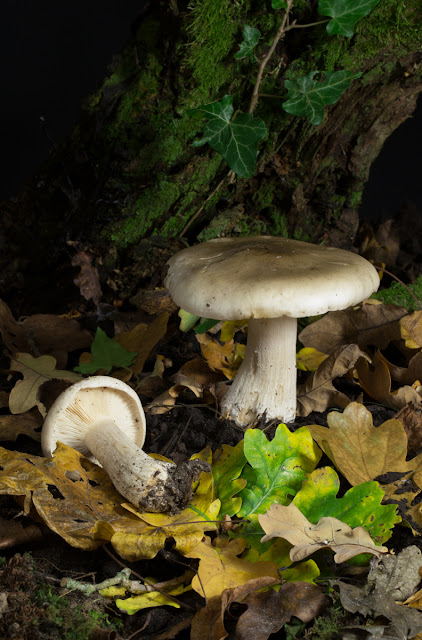 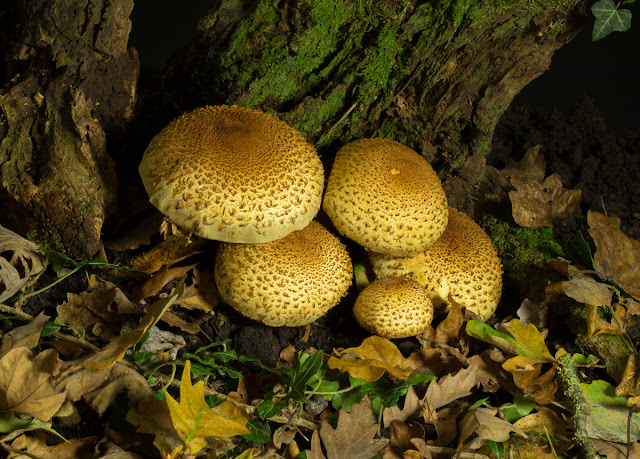 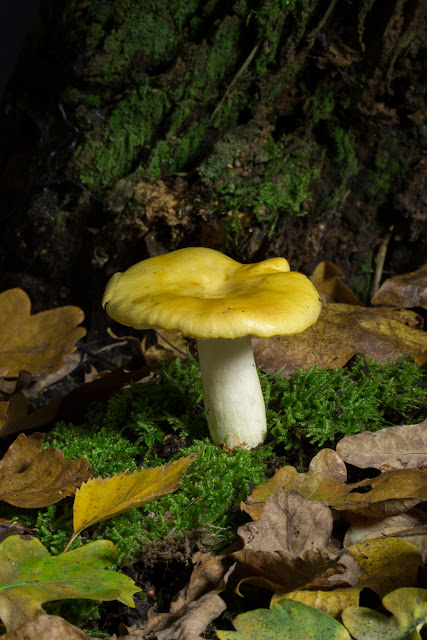 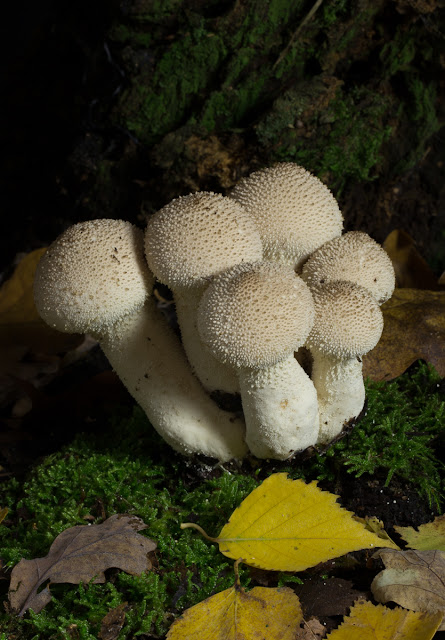 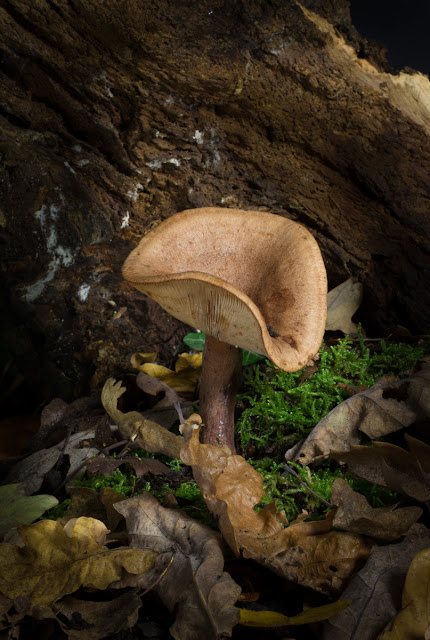 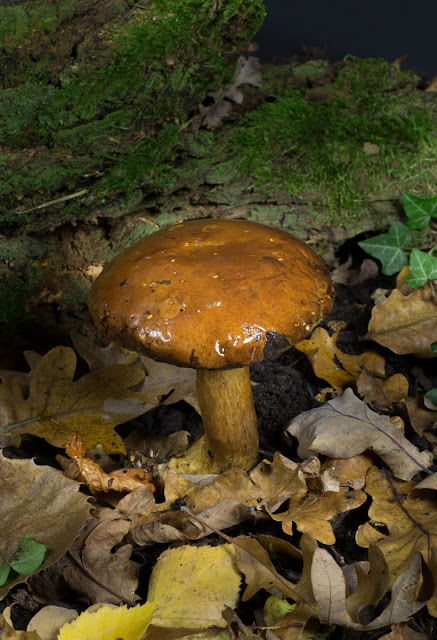 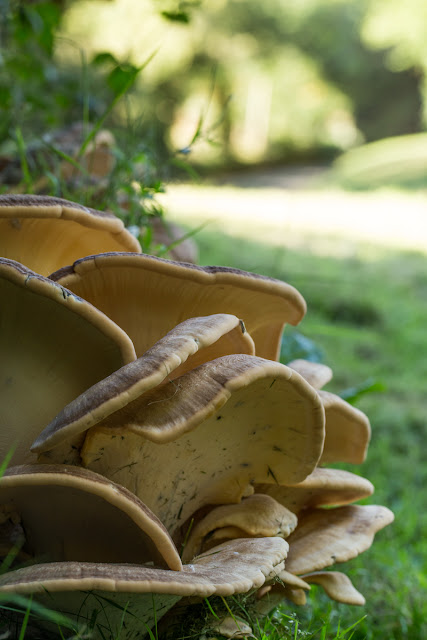 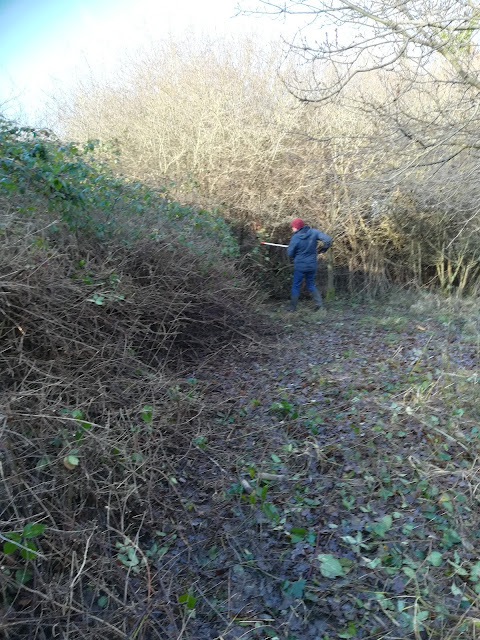