April 30th 2011
The final day of April saw the unseasonably warm weather finally come to an end, with Easterly winds sweeping in to the South. The warm weather has done its work and there were invertebrates on a scale that I cannot remember before. The longtailed titmice pair nesting in the fence were busily supplying food to their young, mostly in the form of second instar moth caterpillars. The collard dove fledglings are still present near the nest and the blackbird young are bursting out of their nest, with the male doing much of the morning feeding. The blackcap is now sitting on five eggs in her her fourth or fifth day of incubation, as is the songthrush. The wren however had only two eggs when I last looked, two days ago, so has a long route to go. The indeterminate outcome of the chiffchaff nest is still a mystery - there was no nest, but a bunch of feathered lining set in grasses. Apparently the sight of the swift this morning was not my imagination!
Posted by Rodney Compton at 21:36 No comments:

Posted by Rodney Compton at 21:36 No comments: 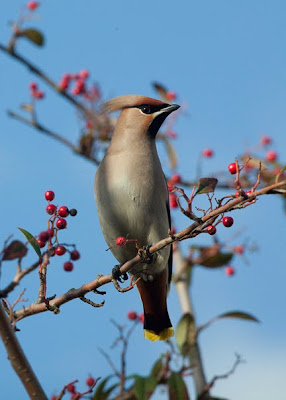 1st February 2011:
Birds:
A walk to the stream in Norman Park, Bromley Common was against my inclinations, but the damp cold morning rewarded me with a lovely sight of a pair of goldcrests flitting in the thicket beyond the stream and weeping willow tree that the treecreepers nested in last year. There was a noticeable difference in the two birds appearance - the male bird appeared half again more contrasted in its markings. The two birds were in no rush to move on and went from branch to low branch, picking all the way at real or imaginary insects with their fine bills. After a minute or so another bird came to my notice. It was unmistakably a nuthatch and it had what appeared to be a peanut in its bill. This observation was confirmed when I later saw the nuthatch around the feeder that I set up further into the woods. There were a good selection of birds on the feeder including a coal tit and a greater spotted (pied) woodpecker.
Posted by Rodney Compton at 21:35 No comments:

In This Month In Previous Years:


January 2nd 1983 Mottled Umber (m) Saint Mary Cray - services display lights
The mottled umber moth is one of the UK's autumn/winter emergents and can be found almost anywhere that its varied food plant is to be found - birch. blackthorn, hazel, rose and honeysuckle, being the most prominent.


January 11th 1991 Pale Tussock (Eynsford, Lower Austin Lodge Cottage)
Something of a freak emergence, this moth is not due until May, but had perhaps pupated in the cottage. The moth larvae feeds on hop (Hop Dog), oak and birch and the imago normally emerges in May.

January 20th: Pale Brindled Beauty Moth (Sevenoaks Way - Prunus)
The pale brindled beauty moth is one of the UK's earliest emergents. The female is flightless and like the male emerges from a subterranean pupal chamber, resting on the tree awaiting the males attentions. 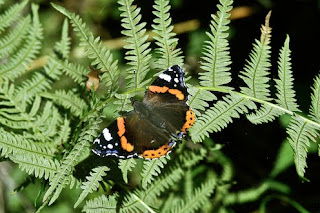 2006
January 20th: Red Admiral (Rookery-coppiced area)
January 22nd: Red Admiral (Bromley Common - veterinary clinic wall) The Red Admiral is a migrant to the UK, but in warmer winters it has the capacity to overwinter.