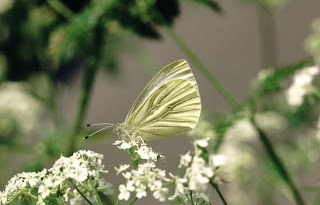 Nature breathes a sigh as the kids slowly wind their way towards a new school term. Forgotten are their woodland forays and so too my reticence of a cool cloudy August. The hottest spring and the coolest summer, how could it be otherwise. In the coppice; the acrid smell of stinkhorn fungi combine to make a memorable day, with the wonderful sight of a family of four deer browsing among the burnt coppiced chestnut. The red admiral is notable by its faded markings and ragged wings, also the speckled wood and the small white, but otherwise, it is mainly the forest birds, that are most busy, secreting stores of the abundant harvest of late summer - ahead of the approaching winter. Later in the day, on a further foray to Hayes, I saw the unexpected sight of a pair of green veined white butterflies mating.

The sun has returned to remind us that it is not quite autumn, though the unexpected sight of a giant puffball, kicked apart in pieces, reminds us too that it cannot be far away and that other species of fungi will soon follow to adorn our woods. 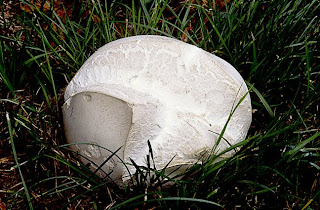 The violent act of destruction also reminds us how deeply rooted are the primitive fears that are passed generation to generation, that fungi can spell death. Yet did they but know it, the magic, that is so often confused with the spirit in religions worldwide, owes its origins to hallucinogenic fungi and in particular the little red man; the fly agaric.

Warm sunny conditions have returned and with it a few butterflies. Cycling through the woods by Gumping Road, a speckled wood flew out to greet Gemma and I and later in Chatterton Road there was an overflying Vanessid heading South. The Jay and the nuthatch were most busy in the woods, with the autumn harvest of acorns, that this year prolifically hang in great bunches from the sagging boughs of still green oaks.

Warm sunny conditions have returned after a cooler cloudy spell of weather. There is still a hint of summer, but the butterflies are scarce, a remaining red admiral, a small white and a few speckled woods. Fruit laden boughs betoken the amazing spring, where blossom set was universally sucessful, but even the bramble has much fruit this year.

An appeal was broadcast on national radio this morning, warning of the threat to greenfinches and chaffinches of a virus that has been circulating in the UK since 2005 that has restricted the two bird species. The public are being asked to supply information if they notice sick birds. My experience is that numbers fell prior to 2010, but have picked up since - this might be temporary. 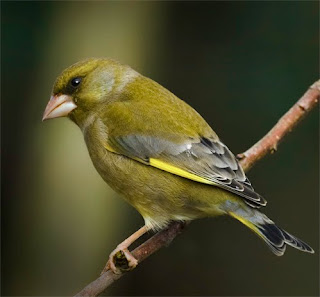 A change of venue took me into the eighty eight acre National Trust woodland at Petts Wood. The woods are a short bike ride away and have always yielded wonderful fungi. This morning I saw the first prime fly agarics, though there were no stinkhorns that I could detect. Amanita citrina and St Georges mushrooms were also on show, but all the fungi I saw were fairly small. 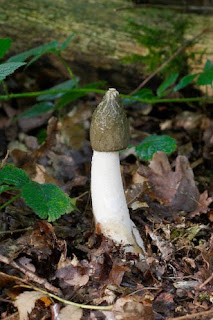 A walk through the chestnut coppice at Hayes George Lane yielded several tantalizing areas in which the acrid smell of the stinkhorn lingered on the moving breeze. a few vanessids are still about - flying above head height, but mostly it is speckled woods that can be seen.

At dusk. the little owl was seen back on sentry duty in the allotment, maybe drawn from a more concealed perch to harass its arch enemy the fox, and giving off long piercing cries of anxiety and aggression at the furry intruder.
Posted by Rodney Compton at 12:28 No comments: