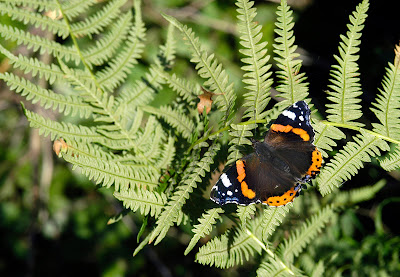 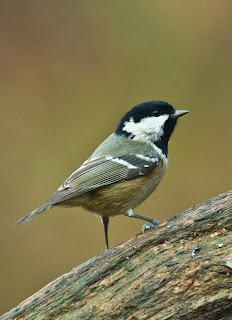 After a week of storm force winds and rain gusting in from the South West, a day of calm and sunshine ensued and, lo and behold a red admiral butterfly at George Lane, Hayes. Seen briefly in flight from a sunny West facing wall to the refuge of a dense conifer in the garden opposite, where it might be hibernating. Among the other sights, was a very tentative coal tit at the feeders, a small flock of redwing by the trout lake and some grey hair near an excavation in the woods at Norman Park, that might just be from a badger. 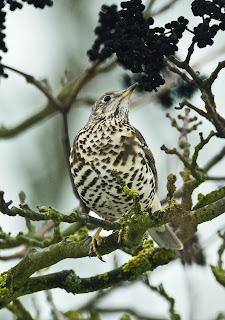 Mistle thrush at the foot of Hook Farm allotment

The month started like spring and has finished like winter, with the merest hint of small dry snow flakes drifting down from the dark grey sky. Nevertheless, and for how long is not certain if the weather worsens, the woods are still full of berried trees, which is in stark contrast to last year, when our Scandinavian visitors, in the form of the Redwing, Fieldfare and Waxwing had made short work of anything and everything that resembled berried food. The reason for the disparity is twofold. Firstly, the exceptional spring of 2011 brought an abundance of blossom that resulted in an abundance of fruit and berries - not that the dry summer did much for swelling it. Secondly, the warm winter this year has meant that food stocks further North have been adequate for those winter visitors that have arrived. The patterns that I observed last year have however been repeated this year in respect of some of our indigenous birds, the mistle thrush for instance was active around the foot of Hook Farm allotment where the mistletoe grows. The pair of collar doves were also present in the clearing by the blackthorn thicket and looking a prospect for nesting, as have been the hedge accentors (dunnock), so prevalent last year and the year before around the feeders in the snow. So, it has been a story of fewer fieldfares and redwings (though I saw a sizable flock on the track from Leaves Green to Jewels Hill) and far fewer birds apart from the expected titmice on my feeding station in the woods. Mark's feeders in the allotment has been overwhelmed with bird visitors, especially the chaffinch and I have been mulling over whether to set up a hide in the conveniently placed lavatory shed nearby, (seat provided). My hide at the owls nest has been in use throughout January, but not so much by me, as instead by a steady stream of human visitors, hoping to get a look at the little owls - who have duly performed their evening ritual of branch sitting. 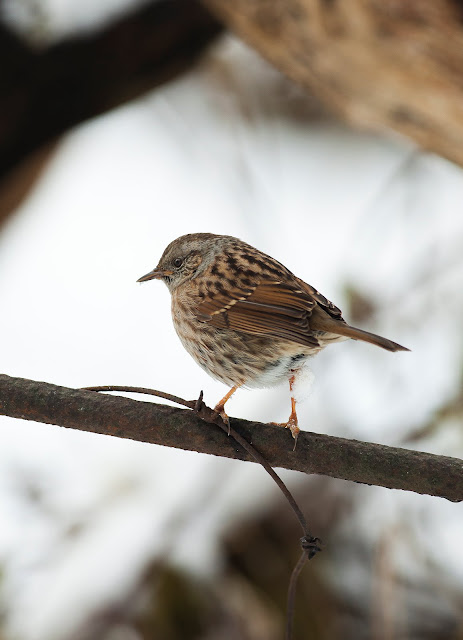 Hedge accentor (dunnock)
Posted by Rodney Compton at 16:24 No comments: