A milder spell has begun and the cold and icy weather of last week now seems a distant memory. The fact that the long tailed tits are gathering nest material and chipping off bits of lichen from the concrete fence means they are on schedule for some early nesting. Andrew S reported a third little owl nest site in an oak on the edge of the field beyond George Lane towards the rugby ground. Roe deer were also in the area.

Well the weather has broken and so has the loo. I turned up to do some photography on a much milder day after the frozen days of the past week and promptly found a chunk of lavatory porcelain on the floor beside the pan. Had I broken it, had the cold weather, in any case I have to pay, of that I am sure. The upside is that I got lots of great pictures. First a pair of goldfinches turned up on the apple tree and after I moved plot, a starling. After that a robin joined the party and all the time in the distance on the recently filled feeders chaffinches, the jay and the larger of the black and white pied woodpeckers. A sparrow hawk out on the prowl explained the sudden silences that descended from time to time, but generally the birds were making the most of the abundantly filled  feeders. 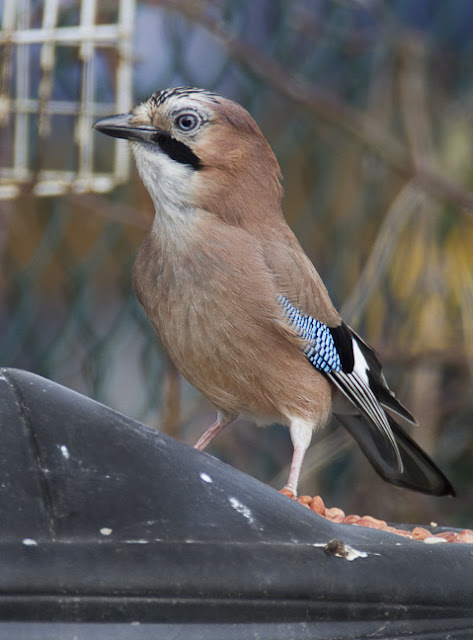 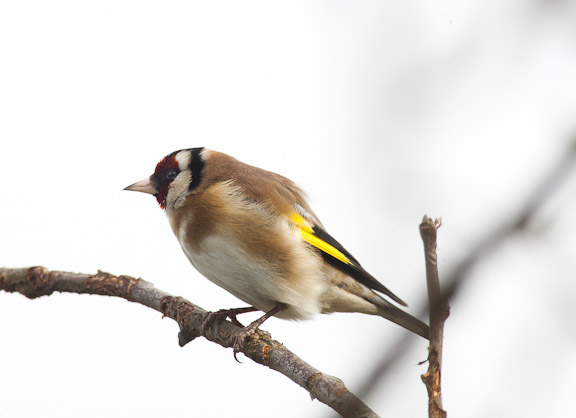 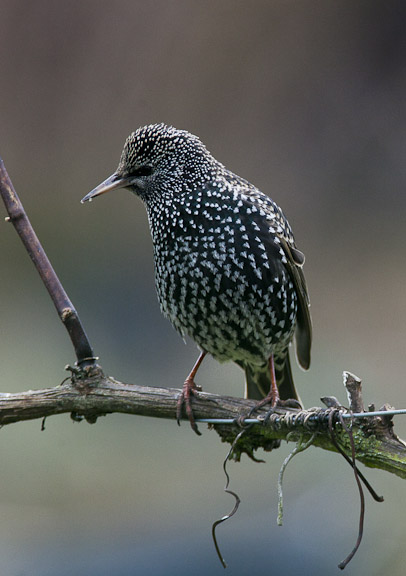 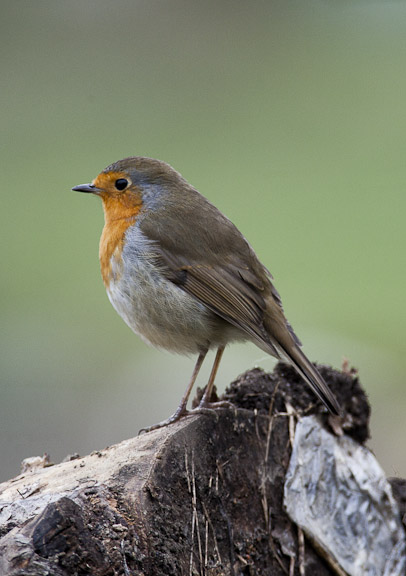 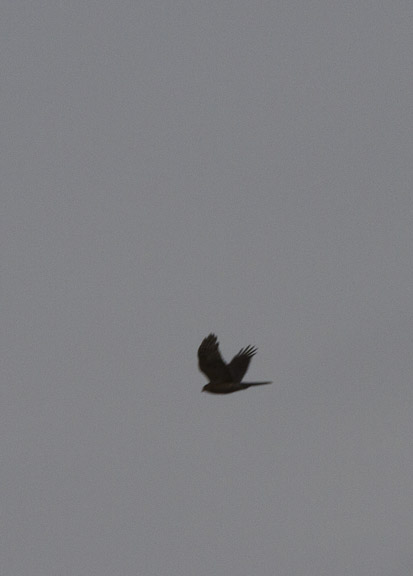 The cold and frozen weather has emboldened all the animals and birds in their quest for food, making the job of a photographer that much easier.

The day started with a sight of a woodmouse creeping through the fence  to take advantage of the acorns along the narrow verge where I found the notes. I had stopped to speak to some from the allotment and the mouse made a show while we were talking. I put down some dried mealworms and reversing yesterday's stay in the loo, I went straight to the woods and to the clearing where I had seen the Buzzard. On the way, in the depths of the thicket, I again saw the woodcock, which was being harried by two crows and I got a better view this time as the large rotund game bird swooped over.
I readied my 7D with the 70-300 which makes a very portable camera compared with it, when the 500 is fitted. The clearing was clear, but within ten minutes and while in the deeper wood, the buzzard came sailing over again in company with about five or six mobbing crows. 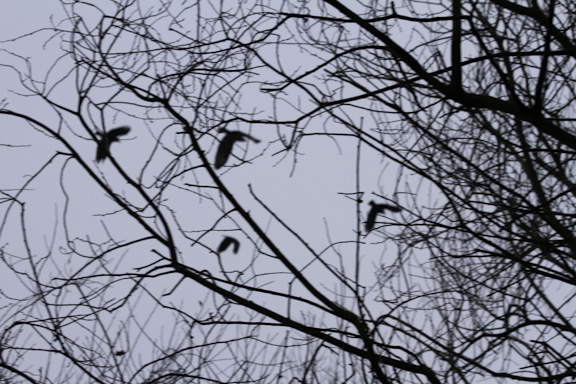 It was over in ten seconds and I cannot particularly recommend the images, but least I came back with something. The buzzard seemed to be hanging around for twenty more minutes or so, judging by the excited sounds of the crows and even when Andrew turned up later, the crows were still unsettled.

The way back was via the mainly frozen trout pond with sights of many sheltering wood pigeons and finally at the mouse hole an almost complete absence of the dried meal worms I had put out. 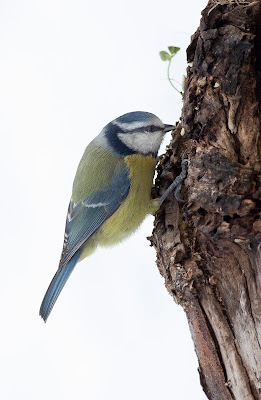 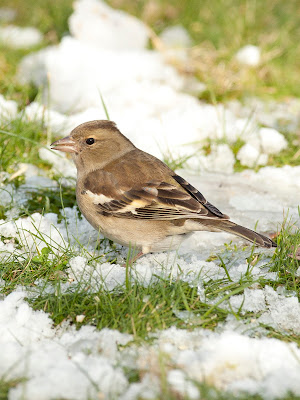 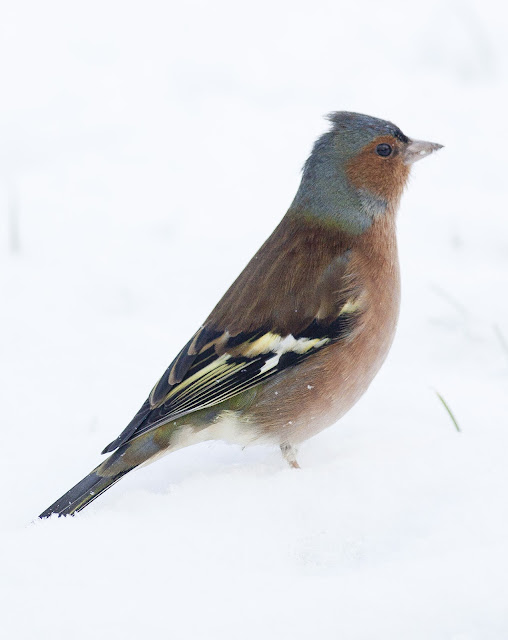 male chaffinch on the snow 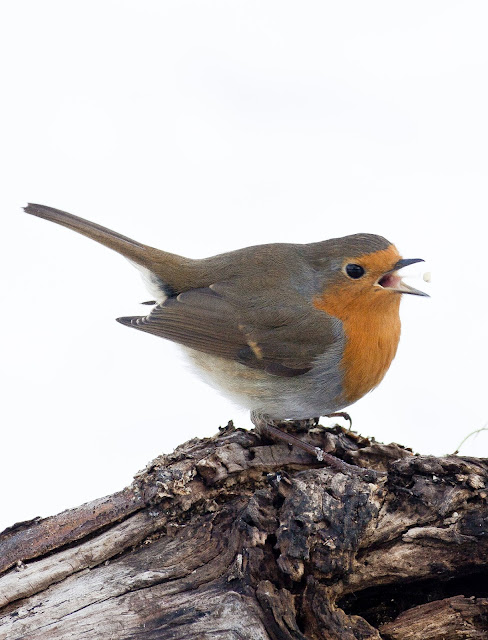 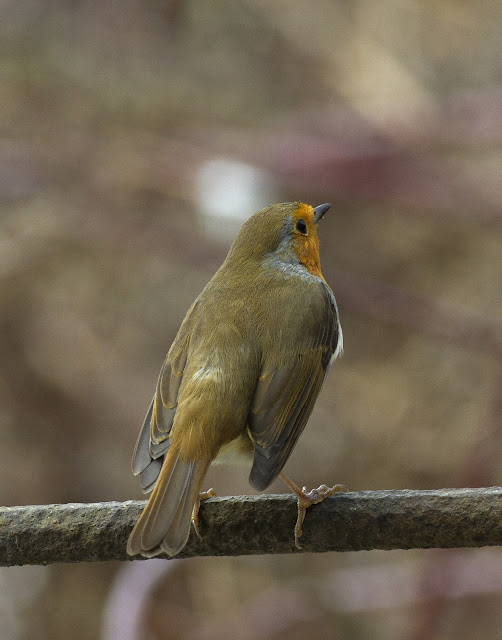 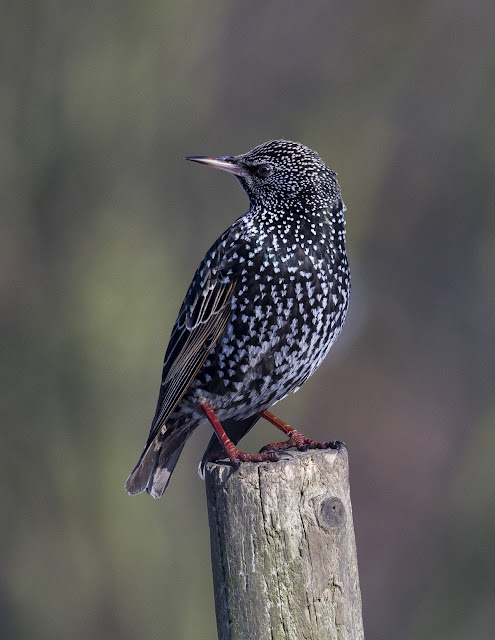 It has been a cold snow laden week in my patch and the past few days have been spent sitting on the loo in the allotment. Strange place to spend one's time you might think, but with the door open -  in sight of Mark and Debbie's bird feeders, it gives me the perfect concealed vantage from which to take some lovely shots. This started well enough today, as it had for the past two days - with a great shot of the starling on the 7D and the 500mm, but I found the sunshine, while helping with the photography, was bringing people out into the park and past the spot where the birds feed. So, from about eleven, it became a chore and I decided to go to Hayes for Lunch. Imagine my absolute surprise when my ideas about a large raptor taking up residence in the small clearing mid the thicket (near my field hide) came true in the form of a Buzzard. It was so out of scale in the confines of the small clearing it looked massive. First I flushed it from the big boundary and ivy clad beech, where it was immediately mobbed by crows, then later on my return trip, from the other large beech over my hide. I have no pictures to show of the buzzard, but amazing mind images and a resolution to get the photos. The flushing of a woodcock was also a nice winter surprise.
Posted by Rodney Compton at 19:25 No comments: