My attempt to re-site the low box came in time for it to weather last night's storm. It was as I left it - straight and secure and replete with a typical clutch of seven great tits eggs. The eggs are laid on a daily cycle until the clutch is complete, then the bird will sit and incubate for about fourteen days, when the eggs will hatch young. The susceptibility to predation by a whole series of animals and birds is somewhat obviated by the titmice family by the device of laying and rearing in a secluded tree hole or nets box. I took this shot with a minimum of intrusion while the bird was absent from the nest, by carefully placing the top of my mobile phone through the open slot in the nestbox. This particular bird has a fascination with brightly coloured and metallic wool - I have no idea where it can derive.

As the cold days of May wore on, and after the frantic and unusually rapid mating and building spree of April, a relative quiet returned to the woods. This was broken here and there by the disconcerted and broken calls of the hedge accentor, an exceptionally early nest builder.  The quiet period coincided with not only the suppression of activity caused by the cold weather, but also the incubation period of the birds on eggs. The end of May saw a turnaround in all fortunes, as the sun shone and temperatures rose. The sporadic rain combined to spur the abundant growth of the belated trees and flowers and by the end of the month all the passarine nests had young and activity had once again returned, with the woods ringing to an outpouring of territorial male bird song.

Posted by Rodney Compton at 13:26 No comments: 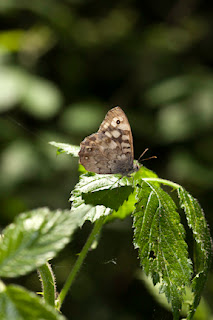 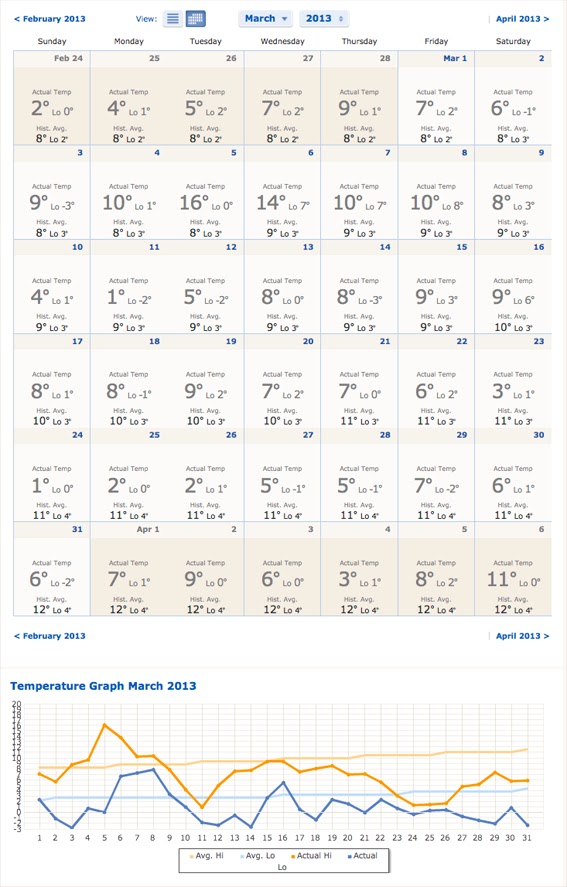 Weather charts are an almost infallible guide to butterfly emergence and behaviour. March 2013 showed a continuation of the weather patterns we have endured through most of 2012 which resulted in the wettest spring and summer for the UK on record, governed it is supposed by a shift in the northerly jet stream. Predictably the 5th and 6th of March were the only days when butterflies would have commonly be seen.

With temperatures picking up mid month, butterflies became prevalent, and in at least the numbers they were recorded in previous years. 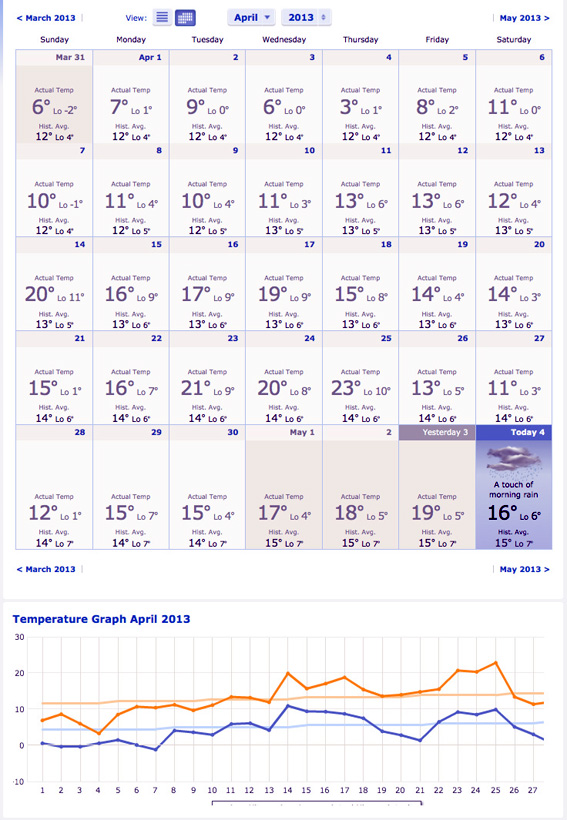 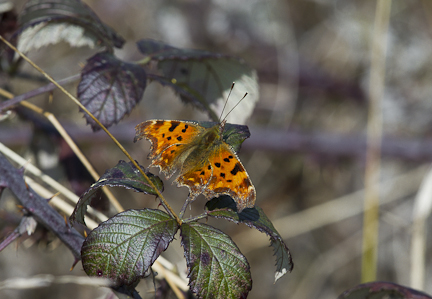 The comma has come to replace the small tortoiseshell as the commonest of the Spring butterflies.

A showery day with breaks of sun, but the chill of the morning air has prevented the butterflies from flying during the early part of the day.

The first thing I saw was a neighbour  cutting nettles from exactly the place the small tortoiseshell was seen earlier in the week. I explained to Mary, who is a keen gardner, that removing plants from the wild was an offence and that it was possible she was jeopardising the chances of the eggs that might be on the nettles. These thoughtless acts of petty vandalism are common in the local area of Bromley and are as equally perpetrated by the local council as by the residents. April is a prime month for nesting birds, but the council have seen fit to institute tree clearance heedless of this fact.

Still cool, but sunny. An afternoon in Elmfield waiting for Tiger Lily to get bored looking for shrews, that she will never find, at least yielded a good sight of the resident Kestrel, which had wing damage. Later, a pair of foraging swallows flew over, hoping, but probably in vain, for an evening meal of flying insects from the sun lit expanse of rough grass and herbage.

Warming considerably - by noon the first sight this year of a weak flighted male orange tip - almost certainly a fresh emergent from the clearing (or nearby). Soon after, I saw it circling a prospective mate (though I am fairly sure it was a small white), then it flew through into the new clearing, settling first and then moving on among the newly cleared area towards the allotment oaks. Keen to foster the orange tip, I have done some seed planting and made extra space for the hedge garlic in the woody clearing. Despite this, the white headed congregation of previous years has stubbornly refused to show much more than the occasional leaf.

There is a lot of bird activity and some probable nest sites, but nothing confirmed (apart from several wood pigeons). The little owl is on site and taking turns between the front roost and the high branches among the rear coppice, from which it suffers disturbance from myself and now dog walkers, who have broken through the hawthorn perimeter. Entering the clearing via the arched branches of the spinosa - from my first hide site under the oak, I came across a fine male black cap foraging among a mass of blackthorn freshly in blossom.

Dry and bright. An assortment of butterflies, notably though, no speckled wood butterflies - a disaster! The holly blue was highly mobile, and typically appeared on the soggy mud churned ground  -  under the small squirrel smitten oak entering the clearing from the arched blackthorns. where a succession of birds nested in 2011.

The warmest day so far this year finally brought the awaited speckled wood on the wing, where it was reported from a garden location in Bromley North. The interesting feature of higher temperatures 17c is that the male orange tip is highly active in covering a range of adjacent habitats in search of a female butterfly, none of which seem apparent.

A welcome visitor to my abstract canvas background in the woods...

In fact it is emperor moths that are flying hereabouts. About two weeks ago, the intrepid Howard found a female emperor sheltering on his Waldo Road allotment and shortly after a very distinct collection of eggs laid around a dead stem of elder that was being used as a support cane. These are now being hand reared sleeved to willow, a favourite foodplant of the emperor larvae. The moth is the only member of a genus (saturnia) that is more usually associated with the far east. These eggs hatched in early June and are sleeved in muslin to a willow tree.

May weather continues the pattern set by last year's cold and damp spring, but without so much rain, which seems to have migrated to central Europe, where conditions resemble our own of 2012 - with massive flooding over thousands of square miles. Overall the month for us was characterised by modest extremes, with occasional highs, but plunging wet and cold lows. 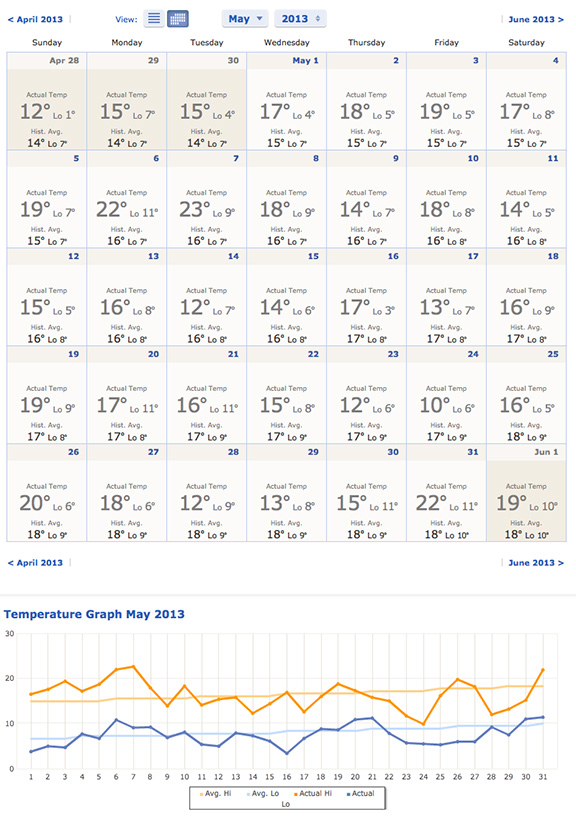 May - During the short warm spells things got going, with birds nesting and the occasional appearance of spring butterflies. By the end of the month there were these species on the wing:

June started with raised temperatures and lots of sunshine, but the possibility of really high temperatures was being kept in check by a brisk breeze.

Visits to the local woods and fields continued the developing pattern of late May. There was an exceptional show of Small Heath butterflies on the earthen paths that descend to Shire Lane across the fields between Farnborough and High Elms - about forty in the space of a hundred metres in a sheltered corner. This pattern was repeated at Shoreham on Fackenden Bank. The uniting factor being the tendency for the butterflies to congregate away from the breeze in the dell at the base of the down. In High Elms itself, up on the chalk of Cuckoo Wood there was a fine show of orchids and the twayblade, but few skippers. By contrast, on the rich grassy slopes of Fackenden Down, the dingy skipper preponderated, with a very few grizzled to make up the numbers.

Another visit to White Hill in 20 degree temperatures and in particular to the Donaldson's field, left an abiding impression that the Small Blue would be scarce this year. In contrast, the Common Blue and the Dingy Skipper are doing well, and as in the last few days, the odd Grizzled Skipper was on show. 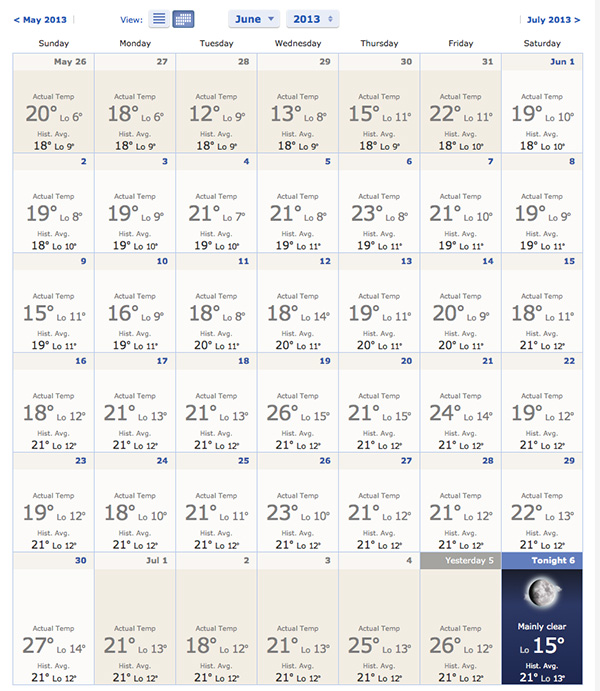 June drew to a close with a marked increase in daily temperatures and prolonged sunshine. The low to average temperatures were caused mainly by windy and cloudy conditions as the westerly airflow did not allow the eastern side of the country much respite from the north easterly weather systems that had been predominant.  The slight rise in temperature was not always accompanied by sunshine, with several days on end being overcast and grey, giving little chance of butterfly activity. July was broached, not only with hot conditions, but also with high levels of air humidity that proved perfect conditions for the newly fledged birds that filled the trees looking for insects. During this period there were several stag beetle finds locally including a find of the lesser stag beetle. 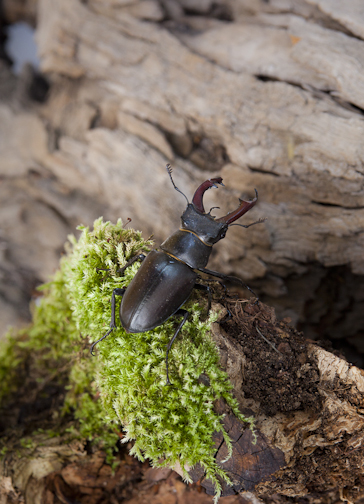 There is little doubt that many butterfly species have suffered under last summer's almost continual wet conditions.

Posted by Rodney Compton at 16:10 No comments:

For The Lovely Blythe

A very special young lady came walking across a fragrant meadow of wild flowers. It was mid summer  and the suns heat had subsided just enough to make walking pleasant, rather than a hot and sweaty chore. With the young lady was her mother. They stopped, as from the woods emerged a man bearing a large pack upon his back. 'How are you and where have you been this fine summer day', said the man.
Erin explained that she and her charming daughter Blythe, walked across the meadow every day - rain or shine, on their way to and from school. 'How wonderful', said the man, 'You must get deer and foxes in the morning and butterflies in the afternoon'.  The two females were now curious about the man and his great pack and asked what was he doing in the woods. 'I am photographing birds from my hide', he said, which was rather remarkable. But, the man found the daily walk of these two engaging females just as remarkable, since in the country of his birth, mothers picked up and dropped of their children to school by car. So it was that Rodney met Erin and Blythe - a case for mutual admiration. 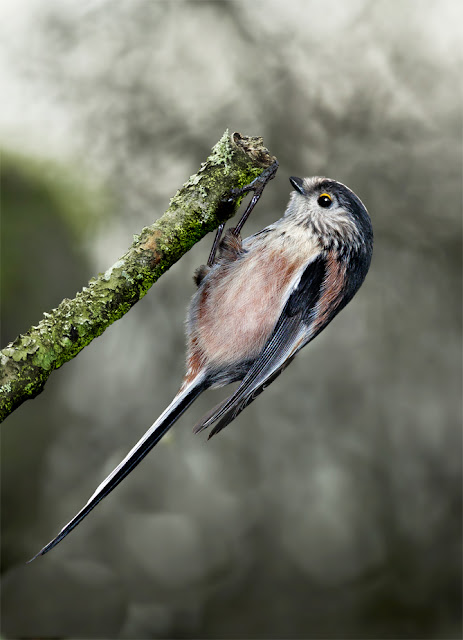 The next summer was notable for rain. It was as if the sun had given up and retired into a fit of sadness. So it was that Rodney did not see much of his two charming ladies for a long time - well into the autumn in fact. This time it was on the street, and like the summer, the moment was filled with dark clouds for him. He tried to make light of the meeting in a clumsy sort of way, despite his shock, but he was deeply troubled to find that the charming Blythe had become quite ill and the equally charming Erin was being wonderfully brave in coping with her daughter's illness. The strange thing was, that in contrast to his sadness, the two lovely ladies were as wonderful as ever and completely uncomplaining in the face of adversity.

The man could not understand how fate could have allowed such a thing to happen to such lovely people, until he realised, that despite all the changes in the daily routine the family would undertake,  that it made no difference, because this family had enough faith and love between them to overcome all the tests that life would present. The strongest in love and faith are given the greatest cross to bear.
Posted by Rodney Compton at 16:20 1 comment: